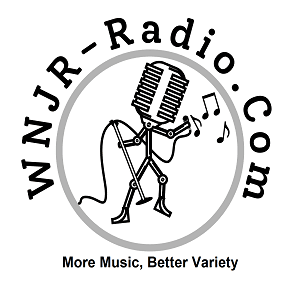 
For over half a century, radio has been derided as a collapsing medium, soon to be merely an exhibit in the information museum as it gives way to better, more visual technologies. Radio has continued to prove all its critics wrong. Nowhere is the continued vitality of radio more apparent than online.


According to a J.P. Morgan survey, Internet radio's listener base has grown 27% annually since 2000. Online radio now has upwards of 80 million listeners in the U.S. alone. The only problem for broadcasters has been how to make streaming the product online pay. There have been a lot of false starts and wrong turns. But, looking at the history of the monetization of the Internet, the direction in which online radio must go is clear.


The best comparison is the gradual growth and evolution of online search engines. At the start of the Internet boom, search engines competed for eyeballs and managed to capture a tremendous number of users. However, despite high- flying stock prices, top engines such as Yahoo! , Alta Vista and Lycos were unable to figure out an efficient way to monetize their searches.


It wasn't until GoTo (renamed Overture, and, for now, Yahoo! Search Marketing) and then Google built a self-serve advertiser interface that search engines and their inventory became the hot commodity online. These revolutionary companies made it clear that search inventory was "premium" inventory, in many ways superior to the best ad space available on TV, radio, newspapers and billboards.


The key was the realization that search engines offered a great targeted advertising opportunity in an easily created text ad, with a sensible fee structure. Anyone could use it from the smallest direct response advertiser to local businesses to the largest brands. The results, and the $44 billion that Microsoft is bidding for Yahoo!, speak for themselves.


What is interesting is that the same phenomenon is occurring in Internet radio. Because broadcasters have split off terrestrial and online radio sales, there is an abundance of available ad inventory in online radio. For a variety of reasons, broadcasters typically have a harder time selling their streaming advertising than other traditional media companies have selling online ads.


Yet, ironically, this is exactly the type of high-quality online inventory that advertisers are asking for--it is associated with major media companies with respected brands in their own right (unlike, for example, the unpredictable user- generated video sites that seem to be garnering all the headlines these days). Furthermore, with all the ad clutter on a given Web site (display, video and text--sometimes all on the same page), Internet radio advertising offers a unique ability to cut through the noise and deliver a message that is both literally and figuratively heard. It's a high-impact medium that has only recently opened up to the advertising masses through advanced technology solutions.


Advertisers are starting to see the benefits of tapping this high-quality, brand friendly inventory. What makes Internet radio so appealing is the growth in the audience, the possibility of immediate feedback, technological breakthroughs that allow the inexpensive and easy creation of professional-sounding ads and the ability to target your ads to a select audience.


The precise targeting ability that online radio promises is particularly critical for the vast, untapped field of small advertisers. Most broadcast mediums, and even many newspapers, are not within reach of the small advertiser due to high upfront costs for ads and the fact that advertisers are paying for a broad brush, thereby creating geographic waste. Internet radio changes the dynamic, allowing advertisers to create and deliver messages to the specific audience they want to reach, and only that audience.


Over the next few years, we will see the results of precise targeting and quick, low-cost internet radio ad-creation technology. For example, restaurants will now be able to immediately advertise specials on rainy evenings when they know their business needs a boost, targeting their sales pitch to an audience in specific zip codes. Or a local political campaign, which had previously relied solely on expensive mass mailings and phone calls, can react to breaking news almost instantaneously, with ad buys laser focused on its constituents.


Internet radio also has big implications for the music industry. As the record industry adjusts to the lower consumption of highly profitable CDs, it will need to generate new revenue streams, as well as find a more efficient medium with which to promote their artists. With the availability of tens of thousands of both niche and broad-based stations available to anyone who can access the Web, the efficiency of promoting music via ad-supported Internet radio is just what the music industry needs.


Though radio has been seen by some as a decrepit medium, all signs indicate that online radio is ready to take off, leading our oldest broadcast mass medium to a new heyday. Thanks to the path laid out by the successful monetization of the Internet by search engines, online radio is well-positioned to begin matching its balance sheet with its booming listener base as well.

What is Brokered Radio Programming?


More commonly referred to as "internet radio," web radio is a technology that continuously transmits streaming audio over the internet to your computer. This technique of broadcasting audio using data transmission is much like listening…

Do you want to know more about our online radio station? Feel free to contact us with any questions.

Thank you for contacting WNJRadio.com - NYC.